Tom is the founder and principal legal strategist of the firm.  He has practiced law for over thirty-five years and is licensed to appear in a number of states (call the office to learn the current states in which he or other members of the firm are licensed).  Martindale-Hubbell recognizes Tom as an AV® rated lawyer, the highest such rating available to any individual lawyer.  Tom is a graduate of the University of Miami School of Law.

Tom was named as one of Florida's Legal Elite of Florida Trend Magazine's Florida Legal Elite (2012 and 2013). This prestigious publication has twice recognized Tom as one of the most esteemed attorneys in Florida as chosen by his colleagues. This peer recognition program garners awards for the top two percent of lawyers practicing in the State.

Tom has been selected for the last nine years to Florida Super Lawyers list.  Each year, no more than five percent of the lawyers in the state are selected by the research team at Super Lawyers to receive this honor.

Tom was named Most Effective Lawyer 2010 in the Real Estate category by the editors of the Daily Business Review.

Tom was also named a "Florida Newsmaker of the Year" by the editors of Florida Trend magazine. 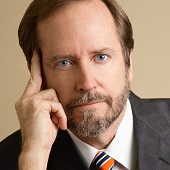